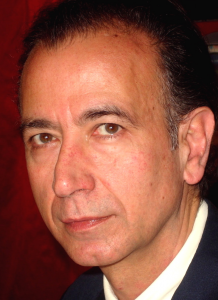 Dr. Papageorgiou is author or editor of 5 books and of some 500 technical papers. His research interests include automatic control and optimisation theory and applications to traffic and transportation systems, water systems and further areas. He was the Editor-in-Chief of Transportation Research – Part C (2005-2012). He also served as an Associate Editor of IEEE Control Systems Society – Conference Editorial Board, of IEEE Transactions on Intelligent Transportation Systems and other journals. He is a Life Fellow of IEEE and a Fellow of IFAC. He received a DAAD scholarship (1971-1976), the 1983 Eugen-Hartmann award from the Union of German Engineers (VDI), and a Fulbright Lecturing/Research Award (1997). He was a recipient of the IEEE Intelligent Transportation Systems Society Outstanding Research Award (2007) and Outstanding Application Award (2018); and recipient of the IEEE Control Systems Society Transition to Practice Award (2010). He was presented the title of Visiting Professor by the University of Belgrade, Serbia (2010). The Dynamic Systems and Simulation Laboratory he has been heading since 1994, received the IEEE Intelligent Transportation Systems Society ITS Institutional Lead Award (2011). He was awarded two ERC Advanced Investigator Grants (2013-2018 and 2019-2024).